Charlie Cumbley, from Britain, has taken the lead on the second day of the 2022 OK Dinghy World Championship in Marstrand, Sweden, after winning both races on Tuesday. Sweden’s Thomas Hansson-Mild remains in second, while Norway’s Lars Johan Brodtkorb drops to third.

The wind had moved further south, with flatter seas and a strong current downwind, which meant both starts got away first time under the U flag. Race 3 was sailed in 8-10 knots, which dropped slightly for Race 4, though there was a long delay as a cloud front brought unstable winds down the course

On a rather one sided course because of strong current, Cumbley led Race 3 from start to finish, owning the left hand corner to build a comfortable lead from Hansson-Mild and Sweden’s Niklas Edler and New Zealand’s Greg Wilcox, on his official birthday. The one way track made it something of a procession so the top three remained the same until the finish.

There was a wait for the start of Race 4 as a cloud bank came down the course, but after it passed over, it left a relatively stable 7-9 knots and largely sunny skies for another great race, though this time the left was not as heavily biased with a few shifts from the right. However, Denmark’s Bo Petersen popped out of the left and rounded first, from Sweden’s Jonas Qvist and Hansson-Mild. Petersen extended all the round for a big win, but crossed the line in silence leaving Cumbley to take the gun for the second time time one day. Petersen had been one of three scored UFD out of the start. There were a few changes behind him this time with Sweden’s Mats Caap taking second and Brodtkorb in third. 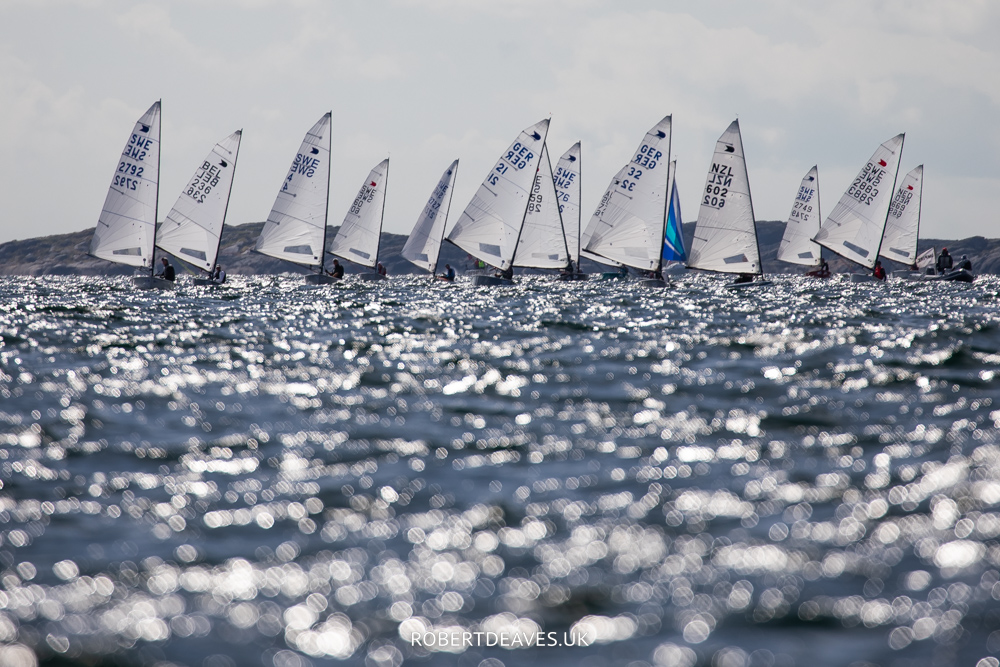 Two bullets for Cumbley leaves him in the overall lead after four races, while a 2, 4 for Hansson-Mild leaves him in second. Day 1 leader, Brodtkorb drops to third, but the top three are all within one point of each other.

On his day, Cumbley said, “Pleasantly surprised I think. I just got the better of the tide and the shifts and the left worked really nicely. I got a bullet in the first race which was really nice, so knocking the rust off gradually, but I felt really sorry for Bo leading all the way round the last race and then getting no hoot at the end, so I was kind of the beneficiary of that, but mega happy after a day like that. It was also about little bit of a line in the sand before next year.” The 2023 OK Dinghy worlds are being held in Britain. 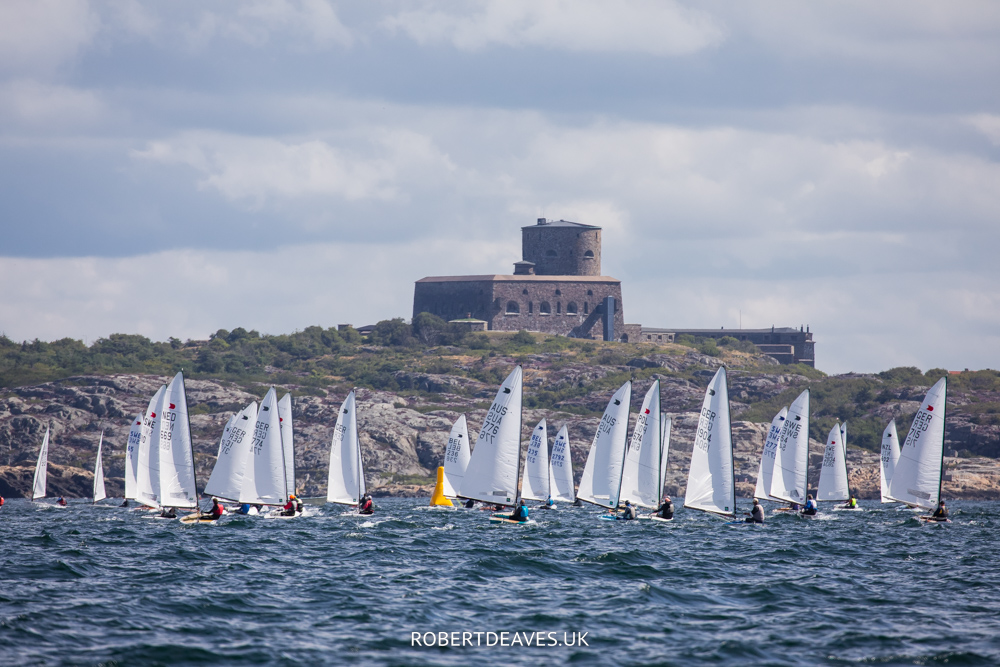 He said today was all about the current. “It felt like I was back in the Solent. Lots of current again, and upwind it was just getting out of the current as much as you could and then being brave on how far you could push it into the left hand corner, which was how I won the first race and how Bo ‘won’ the second race, but going hard left up the first beat helped.”

On the standard of the fleet, “There are lots of guys here who are really fast, so you are always struggling to just hold a lane the whole time. It’s like the classic battle of attrition, just stick it out and gradually find some room. It’s tough for sure. Tough but good. And enjoyable.” 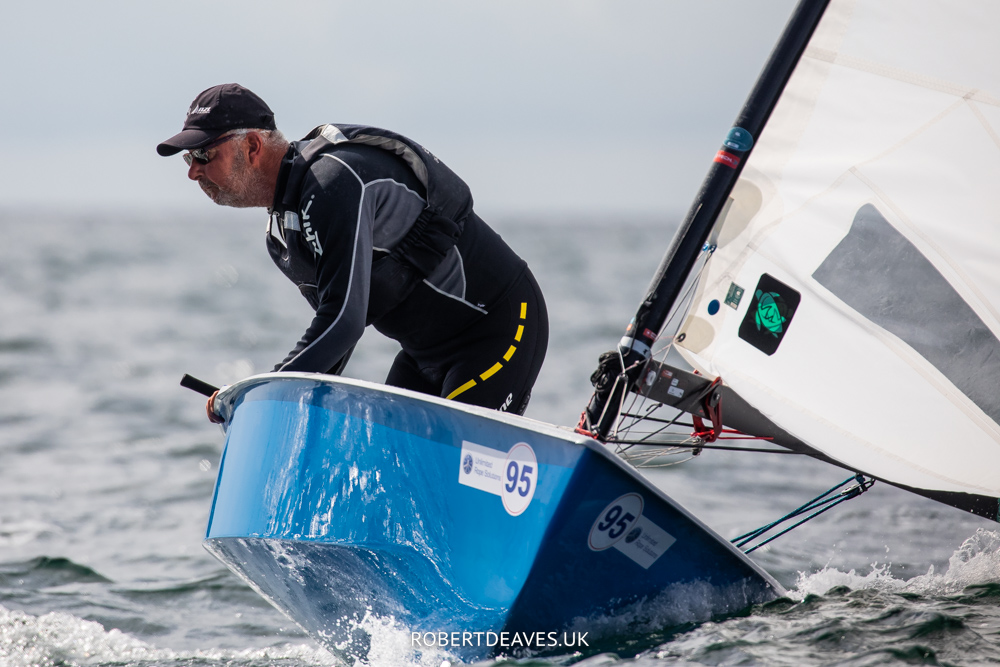 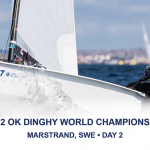