The 2022 OK Dinghy World Championship is going down to the wire with just 0.4 points separating Britain’s Charlie Cumbley and Sweden’s Niklas Edler after two more races were completed on Thursday in Marstrand, Sweden. Denmark’s Jens Eckardt led all the way to win Race 7, before Edlar took the next race, which ended in very light winds. Norway’s Lars Johan Brodtkorb remains in third, seven points behind. There is still all to play for on Friday.

The forecast was for a dropping and shifting wind and that’s the way it played out. Both races were started under black flag with the reduced current encouraging boats to push forward early. Race 7 was sailed in 8-10 knots and nice conditions, while race 8 was started in 7-8 knots dropping to 4-5 by the finish. It turned into a long race. But the benefit was wall to wall sunshine and the warmest day of the event so far.

After the last few days of left sided courses, most headed left but Eckardt ended up on the right and led round, while many of the favourites rounded deep from the left. After a lot of place changes he crossed the finish with a nice lead from Edler and Sweden’s Mats Caap.

The wind was starting to die and shift around by now and it took some time to get Race 7 away. This time the left did pay with Germany’s Andre Budzien leading in from the left for a nice lead. It took two laps but eventually Edlar overhauled him on the final beat to take the winner’s gun, though it later emerged that Budzien was one of seven boats black flagged at the start. This left Cumbley in second with Sweden’s Daniel Björndahl in third.

“It’s always very difficult to predict whether to go to the right side or the left side but I had a not very good start and then tacked to the right, and after a while I could see the left side was behind and then tacked on the shifts and I was about 30 metres ahead at the top. It’s always easy to be the first one and there was almost only one side to work on the beats, so I just went right all the time, so it was quite an easy race actually.

“I wasn’t sure that the right would be good. Today the course was not at the same place as the other days, so it was a bit different. I was lucky, but I wasn’t so lucky in the second race.

“I didn’t have a clue about the level in the OK Dinghy class, so I didn’t expect anything, but it’s fine so far. I’ve sailed the OK for about two years now and we have about 15 sailors in our club and sail twice a week. They are my good friends and it’s nice to sail the OK Dinghy with them.”

“Lovely day on the water but a little bit too complicated with too much current and changing direction. It was a tough day and a long day. But it’s good fun and I think everyone is enjoying it. Good start lines and good courses.”

On the high standard in the Swedish fleet. “A lot of us in Sweden have done a lot of training and we have good gear, pretty much all the same for most of us. Lots of training pays off.

“It’s my 50th year in the boat this year. I started in 1972 and have done quite a few worlds since then. My first worlds was in Varberg, Sweden in 1982. A lot of the guys turn into best friends over the years and that’s really good and nowadays it’s perhaps the biggest reason why we go to the worlds to see those guys that you first met 42 years ago.”

The numbers here are tricky with just 0.4 points between the top two. Edlar’s redress average points means that his Race 2 score will change after every race so it will go down to the wire, especially with a handful of others ready to strike should anyone make any mistakes. It should made for a fascinating and nail-biting final day.

Two more races are scheduled for Friday to conclude the championship. The forecast is looking very light. 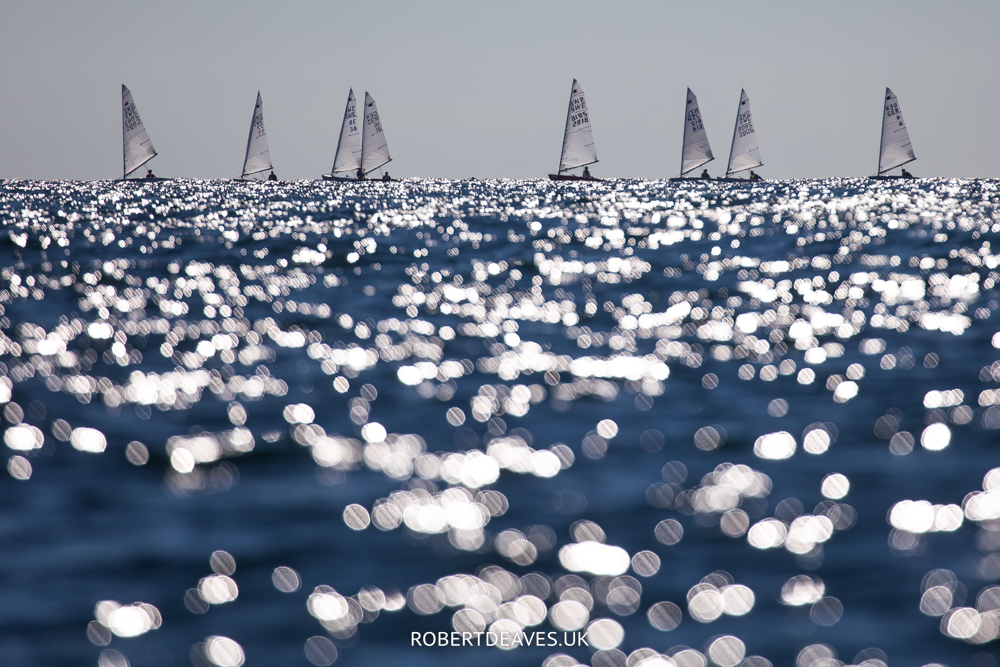 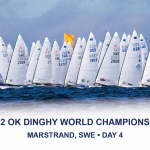