Two years after it was originally scheduled to take place here, the OK Dinghy World Championship has finally been opened in Marstrand, Sweden, with 109 OK Dinghies completing equipment inspection and registration over the past three days.

Racing starts on Monday, while on Sunday evening, the sailors headed to Carlsten Fortress on the island of Marstrand for a spectacular opening ceremony following the practice race in the afternoon.

Though promising more wind, the practice race was sailed in a decreasing 8-10 knots, with a bumpy sea, after several false starts and a long delay. Sweden’s Niklas Edler led at the top mark and the bottom of the reach before the race was abandoned and the fleet sent home.

Then the sailors descended onto Marstrand island and the Carlsten Fortress for the opening ceremony, involving a guided tour of the historic fortress and dinner, along with a surprise Hall of Fame induction for Thomas Hansson-Mild. 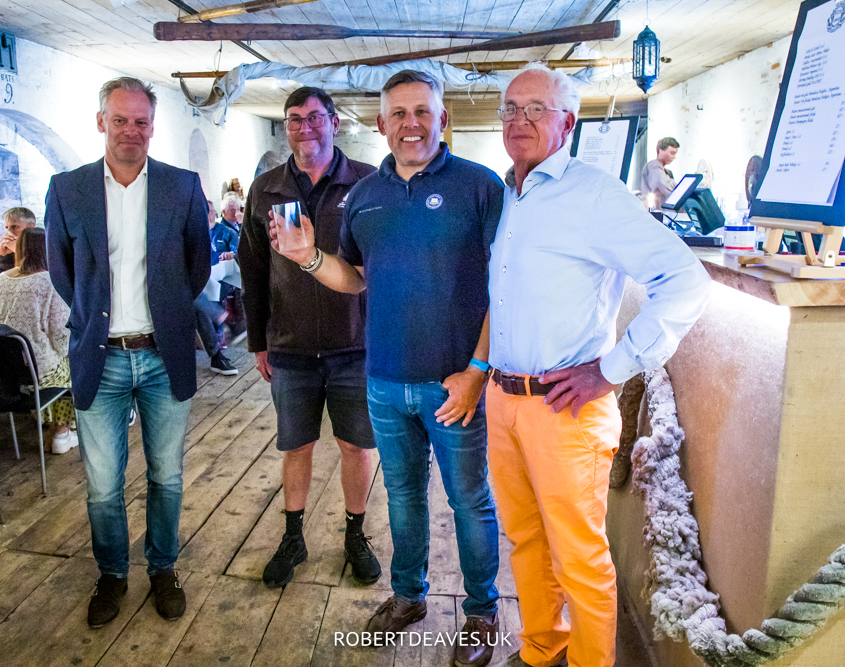 Dinner at the fortress was preceded by the Half of Fame induction ceremony, introduced by Swedish OK Dinghy sailor, Per Westlund, who has the honour of being the only sailor here who was also racing at the first OK Dinghy World Championship at Maubuisson, France, in 1963. He then handed over to Mark Jackson, the President of OKDIA, to make the presentation.

Thomas began sailing OK Dinghies in the late 1980s in Luleå in northern Sweden. before sailing his first worlds in Vallensbæk, Denmark, in 1991 . After coming close a few times, he finally won the world title in 2009. He has won countless Swedish championships as well as other medals at OK Dinghy events and was President of OKDIA from 2001 to 2005. He is the 21st person to be inducted the OK Dinghy Hall of Fame and the third Swede.

The gathering also remembered the great Göran Andersson, a double world champion in the 1960s who came from Marstrand. He was due to be inducted during the 2020 OK Dinghy World Championship in Marstrand, to acknowledge his outstanding contribution to the class. He raised the level of professionalism in the class and he was ahead of his time in developing sails and masts in Marstrand, a place that during the 1960s and 1970s was one of the major strongholds of OK Dinghy sailing in Sweden. Unfortunately, that could not happen due to the pandemic, so in May 2020 he was inducted during a private ceremony on Tjörn. He passed away later that year at the age of 81.

This world championship has been five years in the making due to the pandemic and has been long in the waiting. The forecast for the coming week looks promising with good wind all days, though it is slightly cooler than recent weeks. The first of 10 races to decide the 2022 OK Dinghy World Champion is scheduled for Monday with racing scheduled through to Friday. 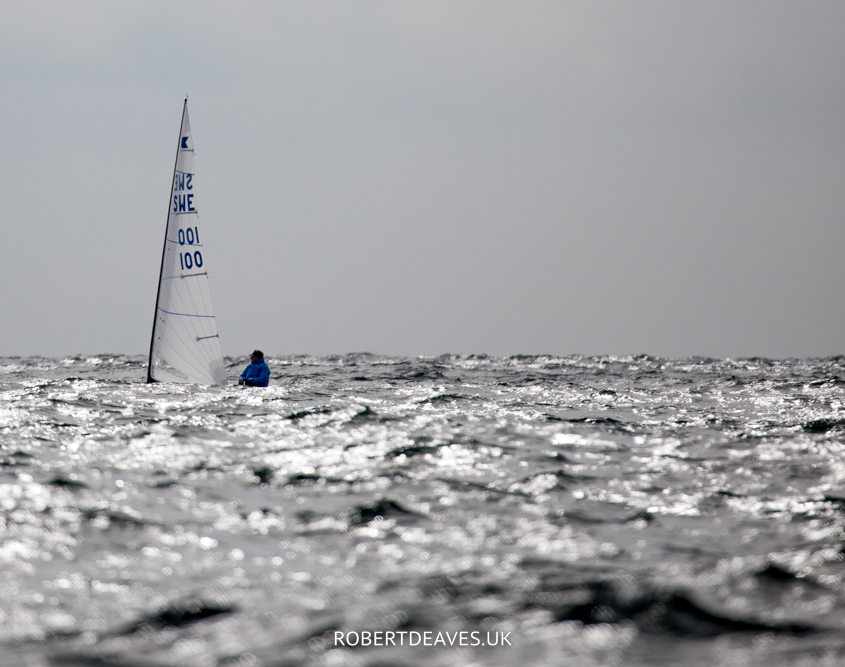 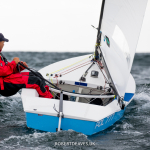