Charlie Cumbley from Britain has won the 2022 OK Dinghy World Championship after a stressful final day in Marstrand, Sweden. Niklas Edler from Sweden takes the silver with Lars Johan Brodtkorb from Norway wins the bronze. No more races were possible on the final day with a very light wind all day.

The last day was always going to be the hardest, with the first onshore AP of the week. The forecast was for very light winds and in the early morning there was less than five knots. The fleet was released shortly after midday with a light wind in place and under hot sunny skies. However soon after that the breeze dropped and all further racing was abandoned shortly before the 15.00 time limit.

Cumbley explained what was going through his head today. “I was trying to keep myself ready and fired up and on the way out it was pretty light and I was thinking it could be an interesting one. So sitting around for two hours, trying to keep yourself motivated to go sailing.

“So super happy to have won it now. It’s been a great event. I’ve had a second, third and a fourth and I absolutely thrilled to win it.

“The first day I felt really rusty but was sort of in it. The next day was my perfect conditions and the two middle days were really nice and I felt quick and strong and yesterday was just about hanging in there. It was super tricky to hang in there be in a position to fight it out today.”

On winning a world title, “It’s pretty big. I’ve had a few nationals under the belt, but never a worlds, so it’s a special feeling to finally get one tucked away, especially in the OK, and to see the guys I have been racing around with the last five or six years, to win it here is amazing.”

It has been a great championship, fantastically hosted by the Marstrands Segelsällskap with eight great races, fantastic weather, hospitality and race management. Originally planned for 2020, it was a long wait for this event, fifty years after it was last held in Marstrand. Perhaps a return won’t take so long. 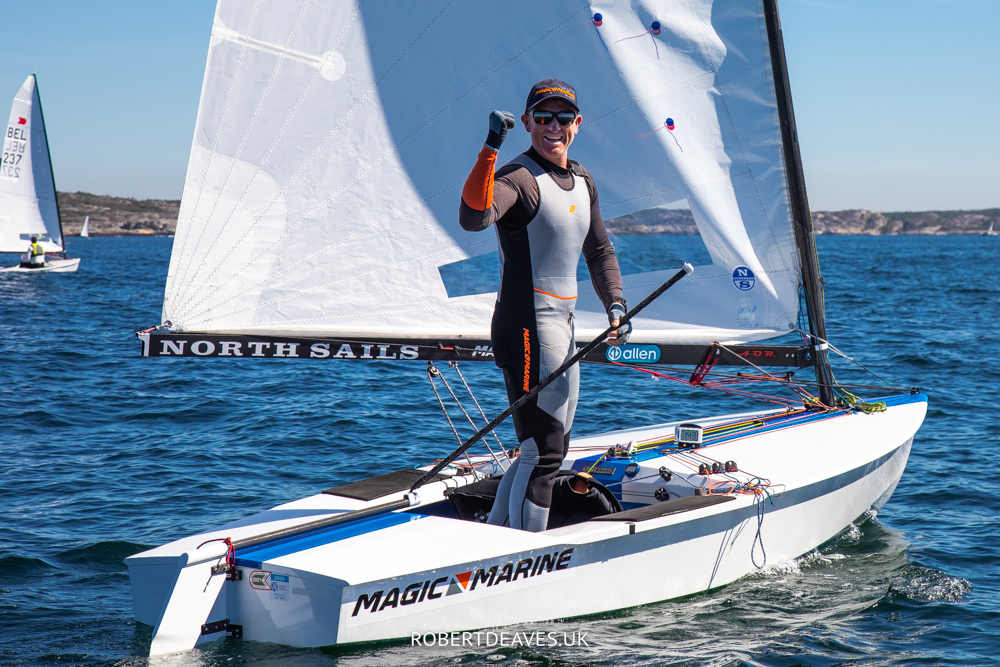 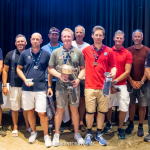