Lars Johan Brodtkorb, from Norway, has taken the early lead at the OK Dinghy World Championship in Marstrand, Sweden. Sweden’s Thomas Hansson-Mild is in second with Charlie Cumbley, from Britain in third. The race wins on the first day went to Hansson-Mild and Brodtkorb.

With more starts than anyone cares to remember, two races were finally completed in very different conditions. It was certainly a day of two halves with the first race sailed in 8-12 knots before dropping as forecast for the second race to 5-7 knots. Both races had multiple restarts as the fleet of 109 boats from 11 countries and three continents fought hard for start line real estate, and getting out in front was far from easy.

The day after receiving his OKDIA Hall of Fame induction, Thomas Hansson-Mild, from Sweden led all the way in Race 1. He found better wind on the left to round with a nice lead and was never really threatened, though it got close on the final upwind when the wind started to drop. Brodtkorb came through for second with Niklas Edlar, from Sweden in third. 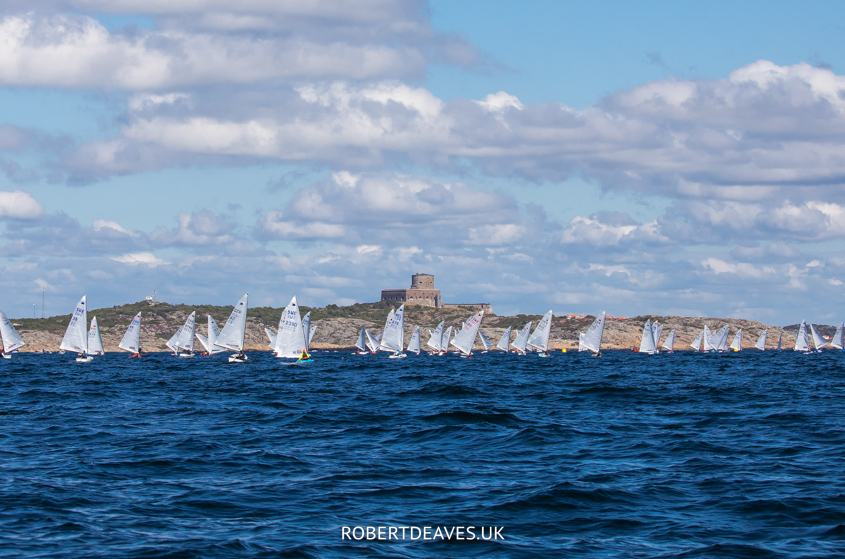 Race 2 took more than an hour to get away with 19 boats sent home under the blag flag. The lighter winds and larger shifts made for a tricky race but Brodtkorb found a shift on the left to round with a nice lead and led all the way to the finish, though Daniel Björndahl, from Sweden almost caught him, though he was scored DSQ, handing Hansson-Mild a second place, with Cumbley in third. 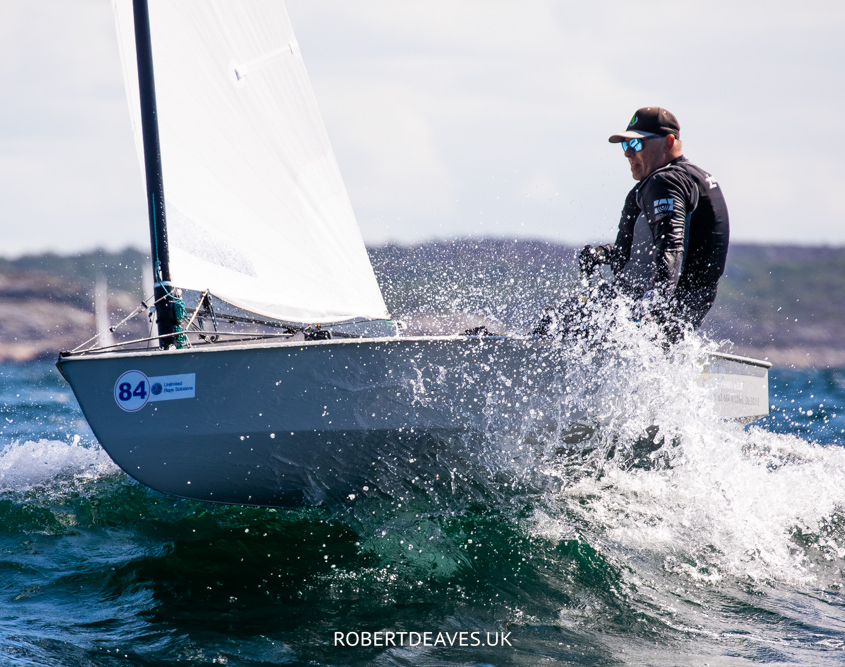 Hansson Mild said, “It was a good day. The first race was surfing conditions, and I had a good start after multiple restarts and I think the current was favourable on the left side so I went pretty hard left and had a decent lead at the first mark. It got a bit close at the end but it’s hard to cover both sides with such a big course.”

On winning the opening race after receiving the Hall of Fame the night before, “It’s a good feeling, especially since my year has been filled with different emergencies, in and out of hospital with covid. For me to get the award, I was totally surprised, I was not prepared for that, but I am stoked. It’s a fantastic feeling and just good to be here.”

Brodtkorb mentioned the high level of the fleet here, “In the first race I was between 5 and 10 and I had a really nice reach and downwind but when you are close to these people it is really great racing. If you have a bad start you are just struggling for the whole upwind and that really tells the tale I think. Then you know the fleet is really picking up and fighting to just have a good start and that is why you have a lot of general recalls, as everyone is fighting on the line. And you can see we have really great competition. For me the light wind was probably better in the end. I had really good speed in the second race. In the first race it was close, but I am a bit lighter so maybe you get a little bit of extra speed.

“My last international event was in 2019, so a long time ago. I was planning to sail before, but it just didn’t materialise. But it’s good to be back, and I am happy to be sailing again in just a great place, with the castle behind us when we are racing and nice conditions.” 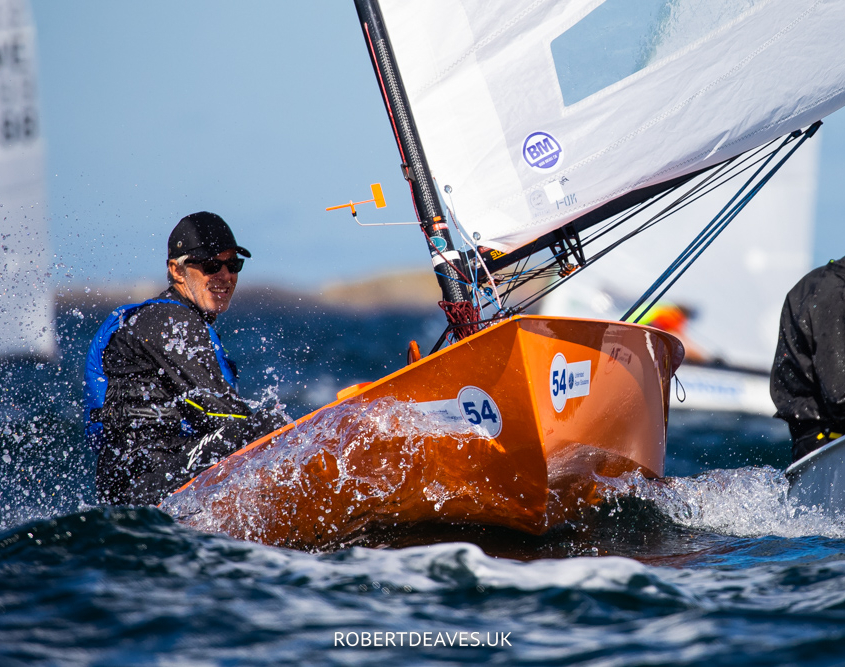 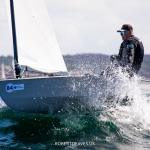